Here’s A List Of Best Muay Thai Combos To Use In A Fight! 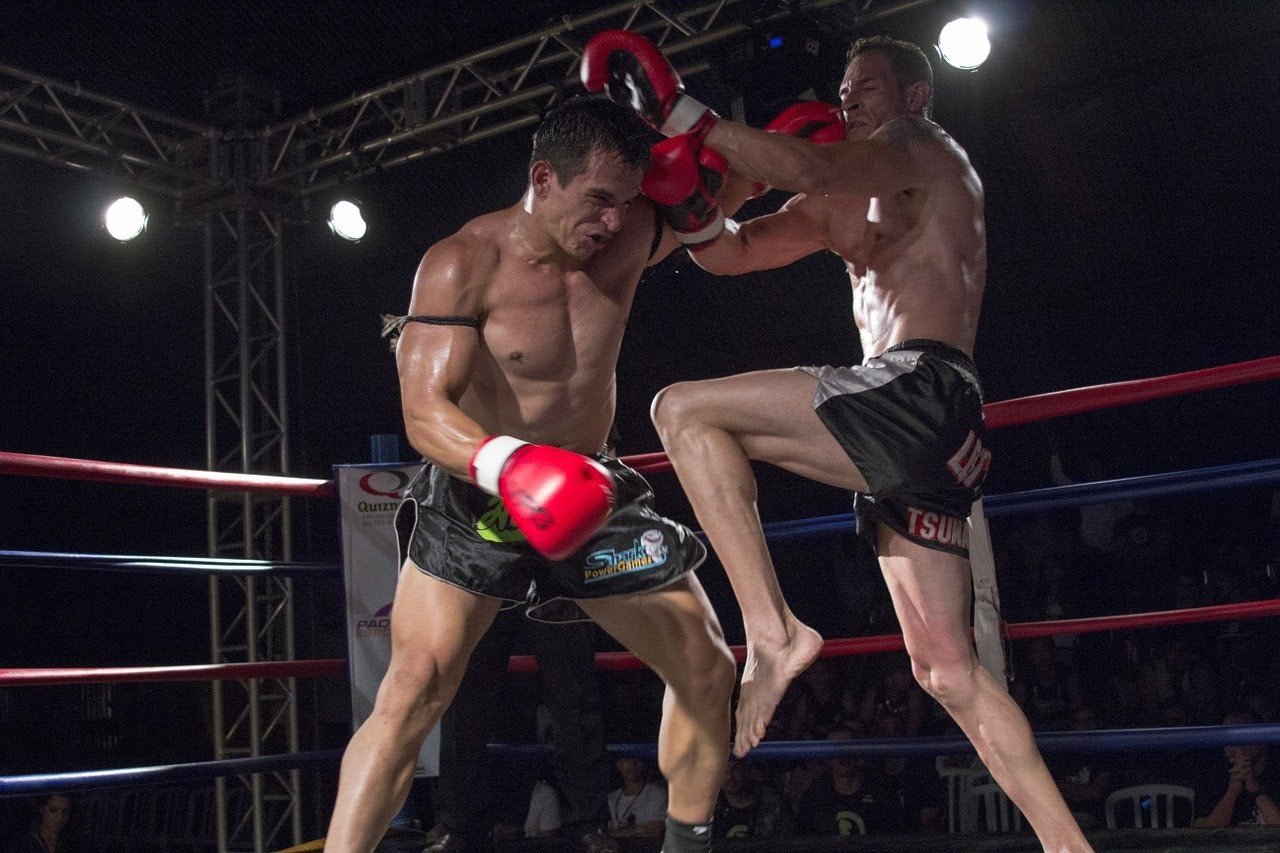 Slipping away from the opponent like a butterfly only to attack the same opponent as a bee can be one of the many ways to describe Muay Thai. Muay Thai, when translated, means Thai Boxing. The sport uses stand up striking and clinching techniques and has originated from Thailand. Muay Thai combos are specific attacking techniques that will help you in giving forceful blows to your opponent. It may be a trendy term for you, and you would be wondering what makes it different from boxing. We are not getting into that. Let’s just say, if Muhammad Ali knew Muay Thai, then the legend would have surpassed his legacy he developed in his career. The discipline and techniques involved in Muay Thai are such that it will improve the way you fight in any sport. The game is popularly called ‘art of eight limbs,’ for a player has to use his fists, elbows, knees, and shins simultaneously.

The art of eight limbs is more of science where you have to use his fists, elbows, knees, and shins simultaneously, and this technique is called muay thai combos. If you didn’t get it, then let’s just say these combos help you to sting and float at the same time.  There are some very common combos, while some happen very rarely. Some of these combos are very easy to execute, while others are tough, like walking on a tightrope. Some are very effective and will knock out the opponent in seconds while some are not and will be just a nail in the coffin of an eventual knockout. We bring before you the most effective muay thai combos so that if you develop an interest in the future for this beautiful sport, you may not confuse yourself.

As the name suggests, these muay thai combos will have a single jab, which will be mixed with other attacking techniques. It is a pervasive way of starting with the fight, as these are easy to execute and effective at the same time. If you pair your jab with the right attack, you may give some severe blows to your opponent. Otherwise, you may just waste your energy and go home probably inside a suitcase. Let’s take a look at the most effective Single Jab muay thai combos.

It is one of the most effective muay thai combos in the game. This combo requires only one thing, and that is speed. You have to swing your hands like a chef chopping his/her onion. It is particularly useful when the opponent is coming towards you for an attack. You block the opponent’s momentum with a small left jab and deliver your right uppercut with the speed of light. The opponent is most likely to fall for this if he is coming on to you.

It is again a ferocious combination, and speed will be of the essence for this. Instead of giving one significant punch, this combo requires you to deliver to hard-hitting attacks on the opponent. You start with your mild jab and follow it with your right uppercut like in the previous combo. However, you don’t stop here. This blow has to be followed by a left-hand hook shot, and your opponent will be stunned with all the uppercuts and hooks.

Double jab combos are not the orthodox muay thai combos to fight the game. Your opponent may scratch his head if you start your fight with these combos. They can be very useful in knocking out your opponent and will help you to land some clean punches on the opponent. Let’s take a look at the deadliest double jab combos.

Double jabs are not the conventional way of attacking in Muay Thai, and you can play this to your advantage. Double jab will surprise your opponent, and this will give you room to hit him with a hard right uppercut. It is most effective when the opponent is walking towards you.

Just like double jabs, starting your fight with a straight right is an unconventional method, and this is bound to surprise your opponent. It is where you land your final punch and swing the match in your way. Unlike previous techniques of mild jabs, here you try to surprise your opponent with a sudden straight right. These muay thai combos are all about shocking the opponent.

You start this combo with a powerful straight right. An opponent will be confused, and you will get a room for your left uppercut. This uppercut needs to be compelling so that the opponent may have a hard time recovering from that blow.

The opponent will be expecting a jab, and you can take him off guard by delivering a powerful straight right. Instead of a Left uppercut like in the previous combo, you can use a left cross punch to send the opponent packing.

It is yet another unconventional way of leading a Muay Thai fight. The previous muay thai combos had uppercuts as their final punch, but the following combos will lead with an uppercut. It shows how different these combos can be. You can give some serious blows if you give the leading uppercut in a clean, powerful manner.

The opponent will be in shock with the leading left uppercut for a fraction of second, and you can follow this with a powerful overhand right punch. The opponent will fall on the ring like a corpse if you deliver this combination to perfection.

In this combo, you start with a right uppercut instead of a left like in the previous combo. This surprise move for the opponent can be followed by a hard-hitting left hook, which will be enough for the opponent to regret his decision to fight you. The uppercut needs to go right, or else this attack may fall flat.

Muay Thai is more than just fighting. It is a discipline that you must follow as a fighter of Muay Thai. These combos are not meant for you to use anywhere, and everywhere you like. Muay Thai teaches you discipline for life, but the fight, the attack, and the defense remain inside the ring. If you are a boxer, then you can use these combos to improve your boxing. If you work hard and practice these muay thai combos to perfection, your boxing skills will improve drastically. Practice these combos, and no one can stop you from floating your way to success.